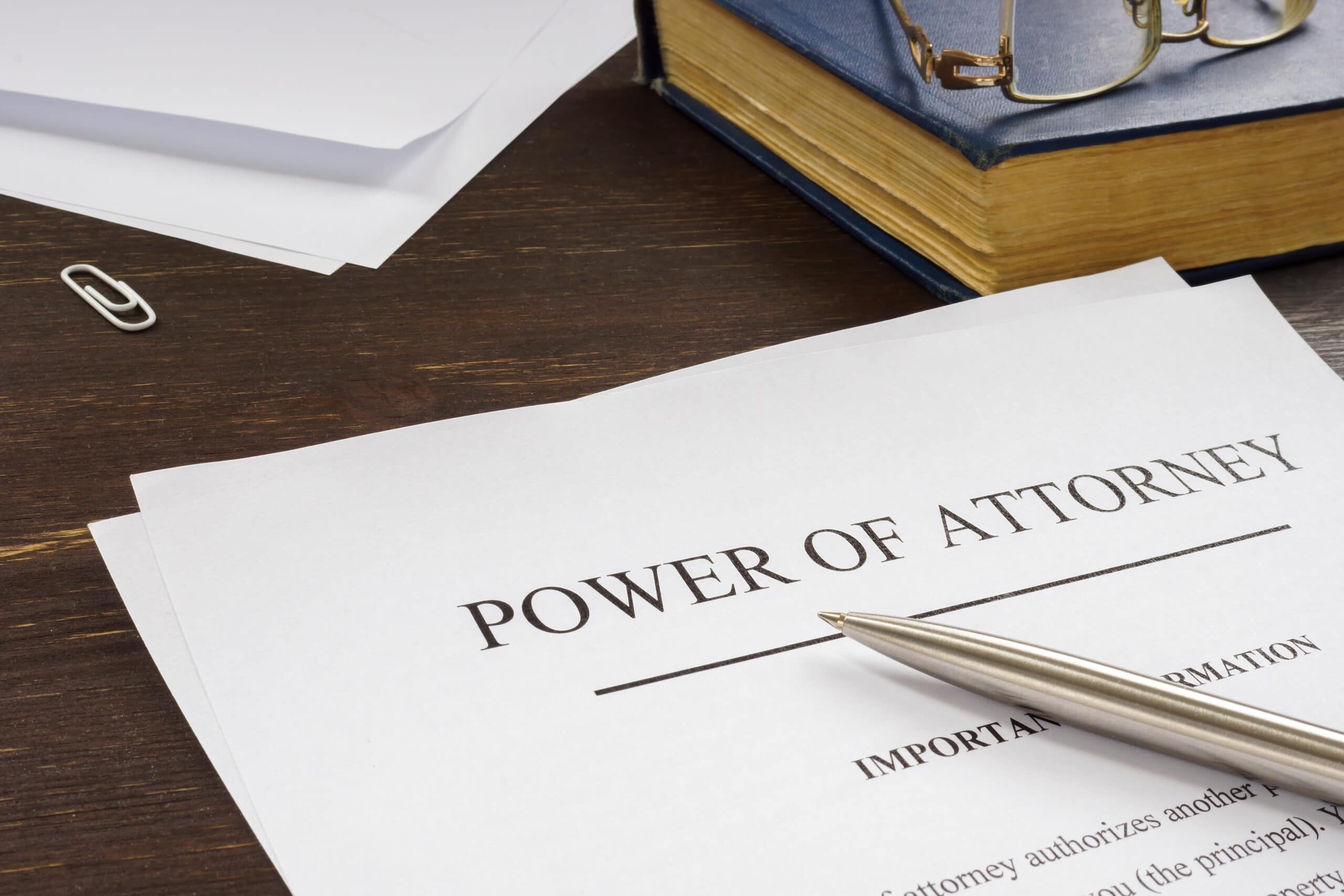 In a previous blog post, we discussed how a Health Care Power of Attorney can be used to give someone the power to make medical decisions on your behalf if you are unable to make such decisions for yourself.  However, an incapacity would affect aspects of your life beyond just your healthcare and medical decisions.  If you were to become incapacitated tomorrow, who would pay your bills?  Who would run your business or manage your other financial affairs?

What is a Durable Power of Attorney?

A “power of attorney” (“POA”), sometimes referred to as a “financial power of attorney,” is a document with which one individual (the “Principal”) appoints another individual or individuals (the “Agent” or “Agents”) to act on the Principal’s behalf with regards to the Principal’s financial affairs.  “Special” or “limited” POAs can be so narrow as to apply only to a single transaction or specific type of transaction, whereas a “general” POA will allow the Agent to engage in most transactions that the Principal could engage in (with some exceptions, as discussed below with respect to gifting).

A “durable” POA (“DPOA”) is effective even if the Principal is incapacitated, which makes it an effective estate planning tool.  Under the South Carolina Uniform Power of Attorney Act, a POA is “durable” by default, unless the terms of the document provide otherwise.

Why is a Durable Power of Attorney useful?

Whether you are in a coma after a car accident, or your mental ability is simply deteriorating due to old age, a DPOA can help to ensure that your business and financial affairs are taken care of, even if you cannot personally oversee those parts of your life.  It is important to address these issues by having a DPOA in place prior to your incapacity.  Otherwise, you would have to rely on a court to appoint a guardian or conservator to handle your affairs if you were to become incapacitated—a process that can be very slow, tedious, and expensive.  Since incapacities often occur close to the end of one’s life, a DPOA can effectively bridge the gap between the onset of the Principal’s incapacity and the Principal’s death.

Is a DPOA only effective in the event of an incapacity?

Under South Carolina law, a DPOA is effective immediately upon its execution by default.  Alternatively, the terms of a DPOA may be drafted so as to override this default provision and cause the DPOA to be effective only upon a specific date or upon the occurrence of a specific event, such as the onset of an incapacity.  A DPOA that only becomes effective upon the occurrence of a specific event or date is known as a “springing” DPOA because the powers granted to the Agent “spring” out of the specified event.

Should a DPOA be effective immediately or springing?

One downside to an immediately-effective DPOA is that it gives the Agent powers over the Principal’s financial affairs (subject to the Agent’s fiduciary duties and any limitations within the DPOA), even if the Principal does not have a current need for the Agent to have those powers.  Arguably, a springing durable power of attorney may make more sense for this reason, as it could be used as a “safety net” that gives the Agent the power to act only in case of an emergency.

What if the Agent is unable to serve?

A durable power of attorney can, and ideally should, go beyond just naming an initial Agent.  One or more successor Agents (or successor Co-Agents) may be named in the document.  If there is more than one Agent serving together at any given time, the DPOA should also describe how decisions should be handled between the Co-Agents (e.g., whether they can act independently of one another, or whether unanimous or majority consent is required).

Is an Agent under POA compensated?

Does a DPOA have to be recorded?

A DPOA is effective upon execution (unless it is drafted to be “springing,” as described above) even if it is not recorded.  Upon the incapacity of the Principal, however, a DPOA must be recorded in the office where real property transactions are recorded for the particular county in which the Principal is domiciled in order for the DPOA to remain effective.  For this reason, DPOAs are commonly be recorded shortly after execution, so as to ensure their continuing effect.

Can the Agent execute a will or make gifts on the Principal’s behalf?

If you have questions about Durable Powers of Attorney or your estate planning as a whole, we invite you to contact an attorney at Thomas, Fisher & Edwards, P.A. at (864) 232-0041.

This blog post is for informational purposes only and is not meant to be taken as legal advice. By using this website and reading this blog post, you understand and agree that no information is being provided within the scope of an attorney-client relationship. The topics covered in this blog post are not comprehensive and should not be substituted for competent legal advice from a licensed attorney. Thomas, Fisher & Edwards, P.A. makes no representations or warranties as to the timeliness, availability, accuracy, or completeness of any information contained in this post.